Closed Website: http://swarm-intelligence.co/. Warning: Swarm Intelligence's website might be operating but the business is closed. It is not recommened to register or signup with them as it will not be functioning account and you may lose the money because there will no withdrawals can be made.

So in this video within few minutes they will explain how they will apply something called Superfecta which according to them has been applied to winning sports matches to binary options.

Dr. Steven Francis which we think is not his guys name explains you his bull sh*t scam. He has spent last 15 years in adaptive significance of the behavior of animals and he is going to explain you how Swarm Intelligence is going to make you money. HAHAHAHAHA. This has got to be joke of the month. Lets carry on.

Let me ask you one simple thing. How can something if even it did worked in areas of animals, ants, bees, fish etc apply to binary options predictions? The short plain answer is that it can’t. These ***holes come look up some theories and which are only theories to try to impress you by pretending how advance they are become when the fact is that they are scammers. Scammers to put you out of pocket to get you to sign up with a binary options broker their job is done. Then you could use their “system” which is more or less same as another one from same bas***ds but they just change the design of their one page “website” or “system” or “software” or “app” or whatever you want to call it. 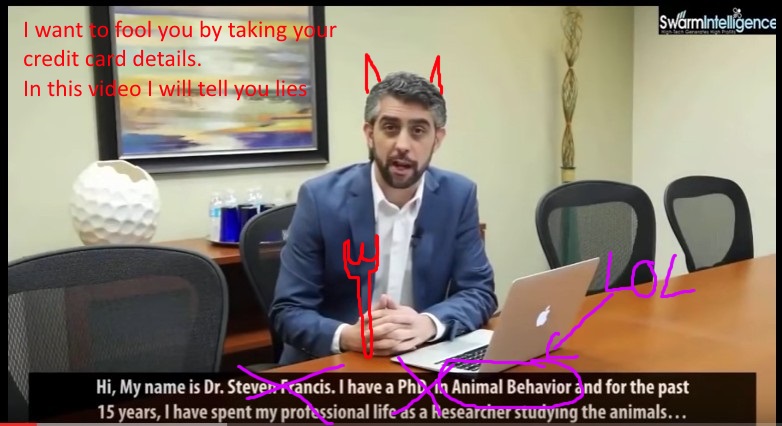 They want to convince you that they want to learn from what happens in nature to accurately predict things like horse winnings or call and put in binary options trading. Interestingly enough this fake doctor talks about the Silicon Valley. I have seen this calling of the Silicon Valley many of the times and other similar scams. Does this look like someone from Silicon Valley to you? Absolutely not! These people are clearly paid actors than the usual Silicon Valley nerds.

At this point he talks about how he has done some word for Dr. Louis Rosenberg. It just amazes me how everyone is said to be an expert and doctors in these scams. Don’t be fooled I would happily do social service for 30 days if even a single of these crooks show their credentials. This “Dr. Louis Rosenberg” who is CEO of the said fictitious company called “Unanimous” LOL.

Then he goes on to talk some more technical gibberish about how Swarm was asked to order the four winners into win, place, show and forth place. The superfecta odds were 540 to 1 having $100 bet staked to get payout of $54,000. What bunch of irrelevant non sense.

Then he goes on to tell you more lies by reading his bs pre written script about how the predictions went from 40% to 70% using swarm intelligence. Then he thought about how he can use “his” swam intelligence to apply it to online trading. We have heard this before how someone working in another field using their expertise in online trading. This bullsh** scam uses the same technique to fool its viewers.

Then he mentions “David Baltaxe” SERIOUSLY!! WHERE DO THEY COME UP WITH SUCH FAKE NAMES. I decided to google this name and see if anyone by that name so it turns out THERE is someone with that name in some company named Unaimous heres the link to his profile page and his linkedin profile. So turns out they are using fake identities to make their claims legitimate but they are forgetting that sensible people would investigate and that is exactly why you are reading this honest review.

Now he will mention Thomas Porter who is the computer wiz at IBM. Again they are using a credentials of a person working there and here is his linkedin profile. 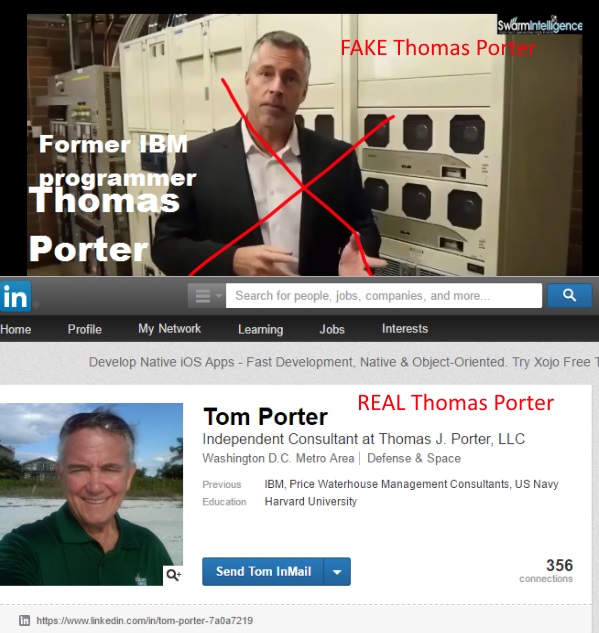 These scammers have started to use other people’s real identities to use as their own but how naive they are to show fake people with a clearly different person. We think that these scammers think the people they prey on their credit cards are as dumb as them but they are wrong because here at Binary Options Tested.com we are to protect everyone from such scams.

This guy explains that Thomas is retired and he has 30 years of programming experience which is bunch of crap because if you look at Linkedin Profile of the real Thomas Porter you will see that he only joined IBM in 2005 so that makes it only 9 years not 30 years.

Lies lies and more lies. It’s sickening to be honest how these scammers come out with convincing lies by making these fabricated videos. They are on in it for taking your money and run. We guarantee that these people don’t ever answer any emails once you have deposited money with your broker. 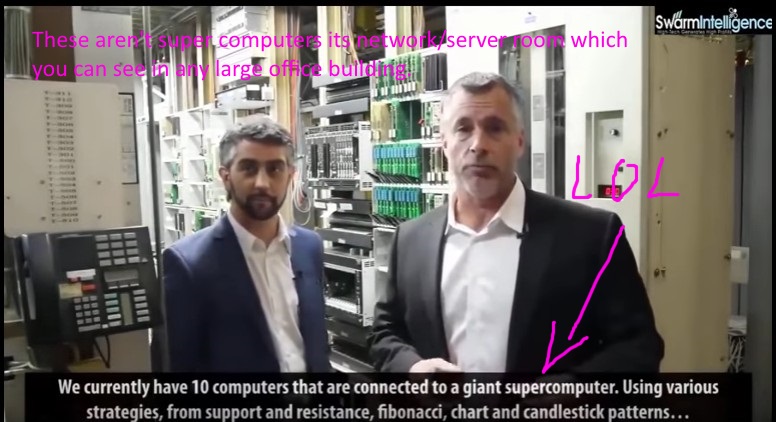 Speaking of broker they don’t even give you an option to choose a broker which you want instead their signup will assign you a broker randomly depending on where they get the highest commission. After sign up they have nothing to do with you so you can forget about hearing from these scammers ever again. 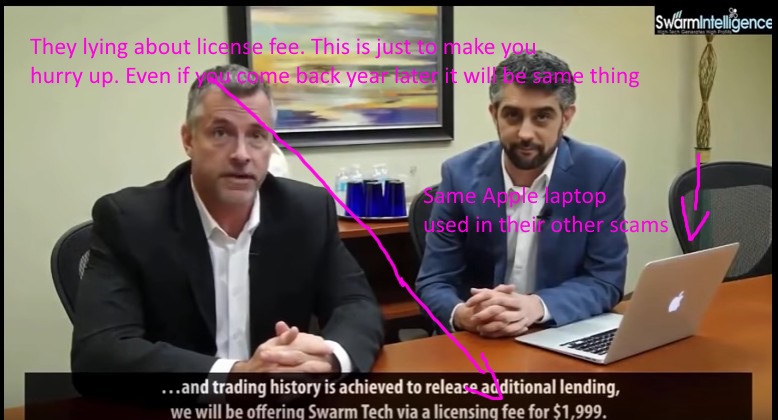 They also have app for

This is the last information we had received with from this website.

Warning: Swarm Intelligence's website might be operating but the business is closed. It is not recommened to register or signup with them as it will not be functioning account and you may lose the money because there will no withdrawals can be made.